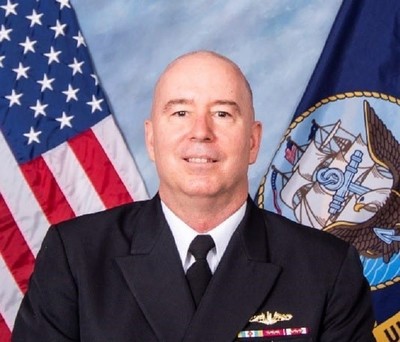 Rear Adm. Houston is a native of Buffalo, New York, and graduated from the University of Notre Dame in May 1990 with a bachelor of science in electrical engineering and was commissioned via the Navy Reserve Officer Training Corps (NROTC) program. He holds a master’s of business administration from the College of William and Mary.

His staff assignments include flag lieutenant for Commander Submarine Force, U.S. Atlantic Fleet; the Atlantic Fleet Nuclear Propulsion Examining Board; special assistant to the Director of Naval Reactors for Personnel and Policy; deputy commander for Submarine Squadron 20; the principal director for Nuclear Matters within the Office of the Secretary of Defense; the submarine and nuclear community manager, Military Personnel Plans and Policy (N133) and division director of Submarine and Nuclear Propulsion Distribution, Navy Personnel Command (PERS-42).

This article was published here on April 21, 2021 by seapowermagazine.org.