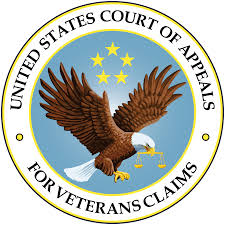 Washington — President Donald Trump intends to nominate Michigan attorney and veteran Joseph L. Falvey Jr. to serve as a judge on the U.S. Court of Appeals for Veterans Claims, the White House said Tuesday. Falvey, a former federal prosecutor, is currently the counsel for the Detroit District of the U.S. Army Corps of Engineers. He retired from the Marine Corps after 30 years in 2011 as commander of the Marine Corps’ Reserve Legal Support Section. T

he Court of Appeals for Veterans Claims has jurisdiction over decisions made by the Board of Veterans' Appeals. It has seven permanent judges — two additional judges as part of a temporary expansion — who are typically appointed for 15-year terms. Falvey was a prosecutor, defense counsel or judge in more than 300 military trials and served as an appellate judge on the U.S. Navy-Marine Corps Court of Criminal Appeals, according to the White House. He was deployed after the 9/11 attacks and served in Afghanistan in 2002.

In his civilian career, Falvey was an assistant prosecutor in the national security unit of the U.S. Attorney’s Office for the Eastern District of Michigan from 2008-11. He also served as the security manager or principal security official for the Eastern District Office, overseeing the district’s physical, information, personnel, computer and communications security programs, according to his Marine Corps biography. Prior to his time with the Department of Justice, he taught at Ave Maria School of Law from 1999-2007 and at the University of Detroit School of Law from 1994-98, where his classes included evidence, trial advocacy, military law and national security law.

Falvey holds a bachelor’s degree from the University of Notre Dame and a law degree from Notre Dame Law School, as well as a masters of law from the Judge Advocate General’s School of the Army.

This article was published in The Detriot News by Melissa Burke.