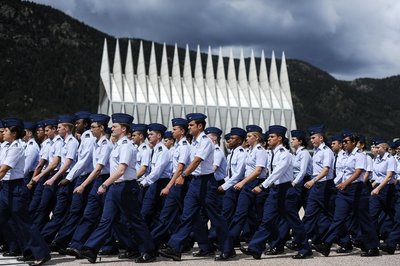 Diversity and Inclusion in the Military: Theoretical Perspectives

For the first half of my adult life, I was immersed in the homogenous cultures of small-town America and Air Force flying squadrons. If asked about diversity, I would have said I was color-blind. However, through many experiences over a thirty-five-year military and academic career, I have learned to celebrate the rich diversity of human experience. Attending graduate school, commanding an Air Force flying squadron, leading an academic department, and participating in advocacy related to a variety of social justice issues have changed my perspective.

No issue helped me rethink my ideas about diversity more than my involvement with the repeal of Don’t Ask, Don’t Tell (DADT). I ventured quietly into DADT work when my department at the United States Air Force Academy invited Aaron Belkin, director of the Michael D. Palm Center, a leading institute focusing on the study of sexual minorities in the military, to present his research several years before the repeal. Over time, Aaron and I became colleagues and friends. As our friendship developed, so did my involvement in examining DADT. In 2010, I was on the writing team for the Department of Defense’s study on the repeal of DADT, which concluded that the military could repeal the policy without risk to military effectiveness and readiness (United States Department of Defense 2010). I continue to speak regularly about the process that led to repeal and to be a voice for inclusive approaches to transgender service, gender equality, and religious respect.

The 2012–17 Department of Defense Diversity and Inclusion Strategic Plan refers to diversity as a “strategic imperative” (2012, 3). This report affirms that the military must foster a diverse and inclusive workplace and culture if we are to recruit the best talent and develop the most effective force possible. In this article, I will share a few of the theoretical perspectives I have found particularly useful in my diversity and inclusion (D&I) journey. I hope they will help you as well.

Through my graduate studies in counseling and leadership, I have gained an understanding of the vital importance of relationships and social context. This theoretical background has been a critical influence on my D&I work. My philosophy is strongly influenced by Carl Rogers’s person-centered theory, which posits that “significant positive personality change does not occur except in a relationship” (1957, 96). When I was a department head, I posted on my door a modified version of this quote: “Significant positive organizational change does not occur except in relationship.” During my doctoral studies, I expanded my understanding of the role of relationships, accounting for social as well as interpersonal contexts. My mentor, Robert Cairns, had studied with Albert Bandura, founder of social learning theory; like Bandura, Cairns emphasized the important role that the immediate social environment plays in personal development (Cairns 1998). In Cairns’s and Bandura’s views, in order to understand behavior, one must understand the reciprocal relationship between the individual and the society.

Successful D&I work, like successful counseling and leadership, depends on one’s ability to create healthy, productive relationships while accounting for social context. A focus on social context allows one to spend more time understanding people and less time trying to “fix” them—an approach based on the assumption that people are broken, which can result in a lack of respect for those whose opinions are different from one’s own.

I have seen the power of social context in many situations, most recently when teaching a leadership course at the Air Force Academy. Teaching leadership at a school of self-acknowledged leaders is harder than one might think. Perhaps because many of our students self-identify as leaders, they don’t believe that it is possible to learn leadership from a book. They follow a common mantra: “I am a good leader, so do as I do, and you will be successful, too!” For years, instructors in the leadership course tried to “fix” students and their bad attitudes about leadership education. Not surprisingly, that approach didn’t work.

Recently, we shifted our focus to building a better learning environment. Cadets at the academy live in squadrons of about one hundred students (approximately twenty-five from each class year) who live and work together as a coherent unit or learning community. Rather than teach in a traditional classroom disconnected from the social world of the squadron, we moved the class to the squadron. This resulted in better teacher-student relationships and allowed students to practice the theories they were studying within their own social context. Class projects became squadron projects. Study sessions became squadron activities. Early results indicated improved attitudes, greater cohesion, and more application of material (Packard et al. 2015). Based on these promising findings, we are expanding the model to all incoming freshman in fall 2017.

Shifting focus from the individual to the context also works well in D&I efforts. Educators can create more inclusive educational experiences by meeting learners where they are rather than forcing them to come to us. We can do this figuratively by avoiding jargon we might use at a D&I conference and replacing it with language more commonly used in the world of the learner. We can also do this physically by moving classes to venues that are more comfortable for the learner than they are for the teacher. Viewing education from the learner’s perspective allows us to focus on encouraging growth rather than on forcing change, and to spend time building relationships rather than lecturing.

Tip #1: If you are struggling with your D&I work, analyze where you are spending your time. Put more time into relationship building in the communities and places you are trying to influence. Address social context to be more effective.

The work of change can be painfully slow. My understanding of slow culture change significantly improved when I discovered Debra Myerson’s theory of tempered radicalism (Myerson and Scully 1995; Myerson 2001; Myerson 2008). Tempered radicals believe “that direct, angry confrontation will get them nowhere, but they don’t sit by and allow frustration to fester. Rather, they work quietly to challenge prevailing wisdom and gently provoke their organizational cultures to adapt” (Myerson 2001, 2). The tempered radical is passionately connected to the organization and also convinced that significant change needs to occur in order to improve it.

Tempered radicalism played out in my life most visibly during my work gently advocating for DADT repeal. As a long-serving senior Air Force officer, I am passionate about my service and my identity as a military professional. Prerepeal, I was also concerned about the harm DADT was causing to those who simply wanted to serve without having to lie about themselves or their partners. As an officer, I am under oath to uphold the law, even when I disagree with it. However, my loyalty does not require me to stand by passively while people are harmed. In fact, I believe that my oath requires me to do the opposite: to work for change, but to do so in a way that does not cause more harm than good. This tension between loyalty to the organization and passion for social justice is at the heart of tempered radicalism.

As a tempered radical, I constantly reflect on the tension between loyalty and change. With practice, I have learned that a collegial conversation is almost always more powerful than a passionate outburst. I have found that I am more effective when I listen to understand than when I lecture to convince. That said, I have learned that my approaches and responses must sometimes be bold. I will speak up strongly when I believe it is necessary and when I am doing so for the greater good rather than to advance my personal agenda. But when I do engage strongly, I must put my ego aside so I am able to continue seeing things from the perspectives of others, making relationships easier to nurture. Striking this balance is never easy, but it is necessary if I want to focus on long-term successes rather than short-term gains. Choosing conversation over outburst and taking the long view have been instrumental to my D&I work and my sanity. Like yoga or Pilates, tempered radicalism takes discipline, patience, and concentration. But the results are worth the effort.

Tip #2: When you are frustrated with slow change, temper your radicalism. Stay focused on the long view and develop a support system with other tempered radicals. D&I needs radicals as catalysts for change, but it also needs an army of tempered radicals to see change through to completion.

Tempered radicalism requires a generous measure of patience and a healthy dose of persistence. It also requires humble and creative leadership. Understanding what needs to change is much easier than figuring out how to make lasting change a reality. A leader cannot simply issue a directive and expect change to happen.

My approach to facilitating sustainable change has been influenced by the work of Jim Collins, best known for Good to Great: Why Some Companies Make the Leap . . . and Others Don’t (2001). In another of his books, Great by Choice (2011), Collins describes some of the attributes of successful, change-oriented leaders, whom he calls “10x leaders” because they lead companies that outperform the competition at least tenfold. I have found that the attributes of these leaders nicely complement a focus on social context and an emphasis on slow change.

Collins identifies three core leadership behaviors of 10x leaders. First is “fanatical discipline”: the ability to pursue goals with unbending focus. These leaders don’t give up easily, and they stay true to their purpose. Rather than get caught up in negativity, they hunker down and optimistically focus on the goal. Second, these leaders are more rebellious than their counterparts, but they get away with their audacity because of their “empirical creativity.” They are willing to step outside the box and challenge the status quo, but they do so from a solid foundation of valid data. They take the time to do their homework, presenting fully developed, creative ideas supported by strong evidence. My favorite of the leadership behaviors Collins names is the last: “productive paranoia.” Leaders exhibiting this behavior worry about their effectiveness, but they channel their concern into meaningful action. They don’t complain; they create solutions. They take the right way rather than the easy way.

Collins’s framework has allowed me to function more effectively as a leader. Like Myerson, Collins emphasizes the long view with a focus on sustainable, positive change. Perhaps the most important lesson I have learned from Collins is the importance of being a humble leader. Humility is not a term often used to describe an Air Force pilot or a radical. But I have found that humility, persistence, and a focus on social context can be powerful partners in D&I work.

Tip #3: Effective D&I leaders are disciplined, productive, data driven, and above all humble. They take creative approaches, but they also are sure to stand on the solid ground of empirically validated evidence.

Relationships, patience, and effective leadership: these ideas have guided my D&I work in the military and in higher education. In this article, time and space have prevented me from revisiting every one of the authors, theorists, and activists who have influenced my work. But the three ideas I have highlighted above are the ones I find myself returning to time and again when I am stuck and need a boost of energy. I hope they suggest new ways for you to think about your work. And I hope you will share the ideas that shape your thinking with others so we can all continue to improve our efforts to make the world more inclusive.

Author’s note: The author would like to thank Steve Jones for his thoughtful feedback on this article. The views expressed are those of the author and do not necessarily reflect the official policy or position of the US Air Force, the US Department of Defense, or the US government.

United States Department of Defense. 2010. “Report of the Comprehensive Review of the Issues Associated with a Repeal of ‘Don’t Ask, Don’t Tell.’” November 30. http://archive.defense.gov/home/features/2010/0610_dadt/DADTReport_FINAL_20101130(secure-hires).pdf.