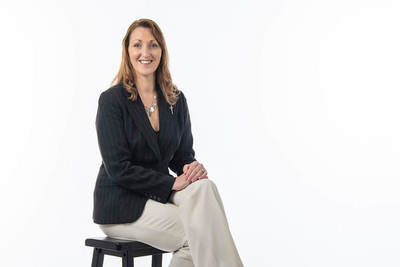 Suzanne Dunne Director Of Finance And Administration For Campus Services

Suzanne Dunne, director of finance and administration for Campus Services, knows the type of work environment she prefers.

“For me, uniting in a common goal leads to a better, more engaged work experience,” she notes.

That’s one of the reasons she enjoys working at Notre Dame. “This place is rooted in its mission to educate students’ mind, body and spirit and to be a force for good in the world. As employees, that’s our goal too.” Discipline, attention to detail and teamwork is familiar territory for Suzanne. She grew up in a Navy family and enlisted after high school.

“Dad, originally from Ireland, was a Navy physician. He encouraged me to apply for the military as a means to get a college degree,” she shares. “He said, ‘I can’t offer you much, but I can offer you the Navy.’” Suzanne completed her full four-year enlistment and then transitioned to ROTC at the University of Washington in Seattle where she majored in political science. She served in the Navy for 10 years, working as both an aviation mechanic and a surface warfare officer.

Performing maintenance on ejection seats may not seem transferable to a corporate finance career, but Suzanne disagrees. Successfully learning those mechanical skills gave her the confidence and desire to try new things, like earning an MBA at the University of Notre Damein 2011. (She and her family were already living in South Bend so her husband, Wil Henderson, could earn his MBA at Notre Dame, which he did in 2008.)

After Suzanne graduated, The Vanguard Group investment company recruited her to Philadelphia, so the family moved to the East Coast. She enjoyed many aspects of working at Vanguard, but the cost of living there was not among them. The couple decided to move their family of five back to South Bend.

Suzanne found a job locally but the work culture there wasn’t quite right. “I missed the camaraderie of working at a company that had that kind of shared vision I found in the military, at Vanguard and at Notre Dame.” Suzanne Dunne is the director of finance and administration for Campus Services. So Suzanne looked for a job at her alma mater. She joined the University as a senior analyst in Development and, during her three years in the department, established a system that analyzes wealth indicators among prospective donors. Once again, she mastered something new.

“I basically had to learn a new language,” Suzanne says of the system she developed. “I appreciated that leadership said, ‘Hey, we think you can do this, go ahead and try.’” After working in Development for three years, she transitioned to the job she holds now in Campus Services. She quickly realized the same mission-driven spirit she appreciated in her former department resided in her new one. “Everyone that I’ve worked with at the University is eager to look at things from a different perspective and try out new ways to be more efficient,” says Suzanne.

Accounting students may recognize Suzanne as a classmate. She is taking classes to be eligible to sit for the CPA exam. The experience allows her to interact with current students. “They are hard workers and very smart, but just overall nice, good people. Everybody says that, but it’s so true.” On top of the load that comes with directing a department and the homework load from her accounting classes, Suzanne devotes time to various volunteer positions, such as her role as president of the Notre Dame Veterans Association, an Employee Resource Group (ERG) that Suzanne started.

“I heard about the THRIVE!, Young Leaders, Spectrum, the Black Faculty and Staff and Association and the other ERGs, but I didn’t hear anything for veterans.” So she turned to the Office of Human Resources and inquired about starting up a group. “When you leave the military, it’s almost like a big curtain. You don’t know what’s on the other side, and you have to take this leap of faith that everything’s going to be OK.” Fellowship with other veterans can make that leap easier.

Suzanne recognizes that veterans need continued support as they adjust to careers outside of the military, and this is what the Notre Dame Veterans Association provides. “The Notre Dame Veterans Association provides a place for fellowship, fun and networking. We support each other, but we also make connections and friendships across campus and have fun.”

Editor’s note: “I am ND” is a new series showcasing the rich diversity of the faculty and staff at the University of Notre Dame.