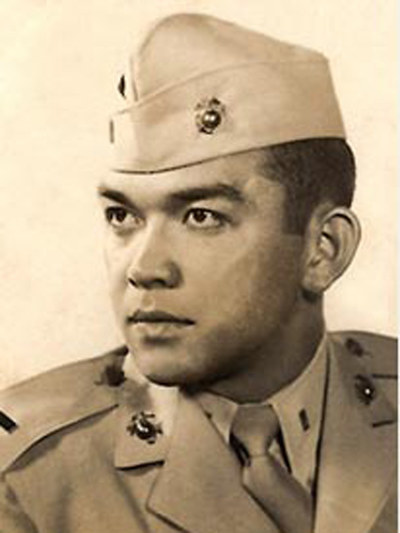 Marine Corps Base Camp Blaz (MCB) Camp Blaz will be activated on October 1, 2020. The activation is an administrative action that officially marks the initial operational capability (IOC) of the base. This will be the first new Marine Corps base activated since March 1, 1952, with the commissioning of what is presently Marine Corps Logistics Base, Albany, Georgia. The Marine Corps plans to hold an activation ceremony for its newest base in spring 2021.

MCB Camp Blaz will be home to approximately 5,000 Marines from III Marine Expeditionary Force who will begin relocating from Okinawa, Japan in the first half of the 2020s.

MCB Camp Blaz is named in honor of the late Brig. Gen. Vicente “Ben” Tomas Garrido Blaz, the first Chamorro Marine to attain the rank of general officer. Following his 29-year Marine Corps career, Blaz went on to serve as Guam’s Delegate to the U.S. House of Representatives for four consecutive terms. Blaz’ legacy reflects the strong relationship that the Marine Corps and the people of Guam have shared since the establishment of the Marine Barracks in 1899.

“As the Marine Corps presence on Guam grows, I am confident that we will live up to our motto of honor, courage, and commitment – we will honor the history of the island of Guam, we will have the courage to defend it, and we will remain committed to preserving its cultural and environmental resources,” said Col. Bradley M. Magrath, the first base commander of MCB Camp Blaz.

Born on Guam on February 14, 1928, Blaz was 13 years old when the island was attacked by Imperial Japanese forces on December 8, 1941. He remained on Guam throughout the Japanese occupation until Liberation in July 1944. In 1947, Blaz was awarded a scholarship to the University of Notre Dame and was subsequently commissioned in the United States Marine Corps in 1951. During his honorable and faithful service including a combat tour in Vietnam, he was awarded the Legion of Merit, the Bronze Star Medal with Combat “V” for valor, the Navy and Marine Corps Commendation Medal (2), and the Vietnamese Cross of Gallantry.

After his Marine Corps career, Blaz was elected to represent Guam as a Delegate in the U.S. House of Representatives from 1984 through 1992. While representing Guam, he was instrumental in reorganizing Guam’s judicial system and advocated for improved educational benefits for veterans. He was an accomplished author whose notable memoir “Let Us Remember” captured the hardships and determination of the Chamorro people during the Japanese occupation in World War II. Blaz died January 8, 2014 having led a life of selfless public service to his nation and to the island of Guam. He is buried in Arlington National Cemetery.

The formal establishment of MCB Camp Blaz is a significant milestone of the REALIGNMENT OF FORCES and honors an international agreement with the Government of Japan while securing a Marine Corps posture in the Indo-Pacific region that is geographically distributed and operationally resilient. MCB Camp Blaz will play an essential role in strengthening the Department of Defense’s ability to deter and defend, and is also a testament to the strength of the U.S.-Japan alliance, which is a cornerstone of peace, security, and prosperity in the region.