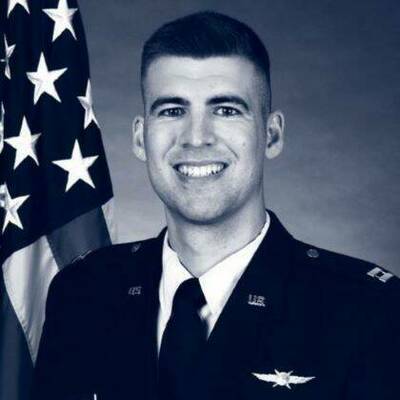 As a commissioned officer in the United States Air Force, Captain Michael Hillmer ’17 has dedicated his life to the defense of his country. But his duty extends far beyond America’s borders. Though his exceptional work ethic has served him well as a cyber operations officer, Hillmer’s service also includes work to preserve local landmarks near his home on Oahu, Hawaii, and to support the families of his fellow military members.

After more than two years of training following his Air Force commissioning, Hillmer began serving as a cyber warfare officer in Honolulu, consistently performing at or near the top of his training cohort. His high marks earned him placement in an offensive cyber operations unit and a relocation to Oahu in January 2020, where he also serves as a Physical Training Leader and Technical Tool Champion. He is concurrently working toward a master’s degree in computer science from Georgia Tech, a pursuit complicated by deployments around the world. Though a stint in the Asia-Pacific meant attending classes and taking exams in the middle of the night, Hillmer has completed half of his graduate studies and is projected to graduate in 2023.

In his few remaining free hours, Hillmer — who worked as a research assistant while earning his bachelor’s in computer engineering in 2016 — volunteers in the local Hawaiian community and plays guitar with the Joint Base Pearl Harbor-Hickam Mass Choir. While his fellow airmen are deployed, he sees to the needs of their families, and serves as a tour guide to visiting Notre Dame classmates and military colleagues.

This article first appeared here. To learn more about the Domer Dozen, please visit this link.