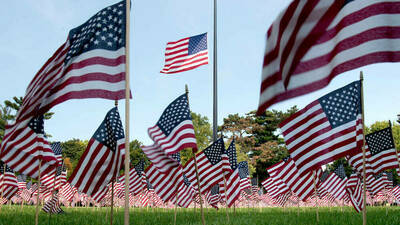 The University of Notre Dame will mark the 20th anniversary of the Sept. 11, 2001, terrorist attacks on the United States in several ways Saturday (Sept. 11).

Student Government, in collaboration with Campus Ministry, has organized a 30-minute prayer service on the South Quad to begin at 8:46 a.m., the time the first plane was flown into 1 World Trade Center in lower Manhattan. Notre Dame President Emeritus Rev. Edward A. “Monk” Malloy, C.S.C., will preside, as he did for a Mass of remembrance in the same location on the afternoon of Sept. 11, 2001. Mary Elizabeth Stern, director of faith and service in Student Government, will serve as emcee, and the Notre Dame Folk Choir will provide music. A livestream of the service will be available here.

The University also will commemorate the anniversary at Notre Dame Stadium immediately prior to the Notre Dame-Toledo football game Saturday. A video featuring Father Malloy’s reflections will play at approximately 2:20 p.m., followed by a prayer by Rev. John I. Jenkins, C.S.C., the University’s president. Fathers Jenkins and Malloy will then present our national colors prior to the playing and singing of “The Star-Spangled Banner.”

This article originally appeared on Notre Dame News on September 7, 2021.