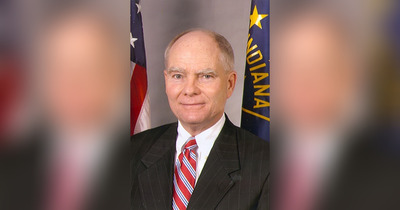 Rev. John I. Jenkins, C.S.C., president of the University of Notre Dame, issued the following statement on the passing of former Indiana Gov. and South Bend Mayor Joe Kernan, who died today:

“Joe Kernan’s many and noteworthy contributions to Notre Dame, our community, the state and our nation cannot be overstated. A student-athlete at the University, he earned a bachelor’s degree in government, then entered the Navy and served as aviator in Vietnam, where he demonstrated uncommon heroism when shot down and held as a prisoner of war for 11 months.

“As a three-term mayor of South Bend, he set the city on an upward trajectory that continues to this day. He likewise served our state with distinction, first as lieutenant governor and then, upon the sudden passing of Gov. Frank O’Bannon, stepping up as governor.

“In addition to his government service, he was a beloved civic leader who never shied away from challenges. He was always a good friend to Notre Dame, and a friend and support to me personally. We were proud to have him as an alumnus, and as an adjunct faculty member in political science.

“In presenting Joe with an honorary degree in 1998, the University praised him as an ‘accomplished public servant who played a pivotal role in strengthening this University’s town-gown relations.’ He went on to deliver a superb commencement address to the graduating class.

“Our prayers are with his wife, Maggie, their family and his many friends. We grieve over his passing while simultaneously recognizing a remarkable life. May he rest in peace.”

This article originally appeared on news.nd.edu on July 29, 2020.