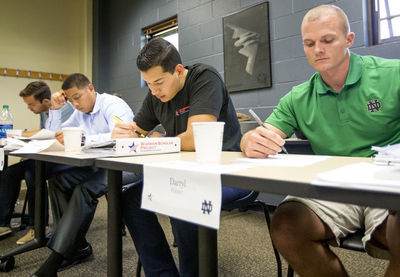 More than 70 percent of college faculty and staff members do not feel that they are adequately prepared to recognize when a student veteran exhibits signs of psychological distress, including post-traumatic stress disorder. That figure was among the findings of a survey of 14,673 faculty and staff members from 20 geographically dispersed U.S. colleges and universities. Kognito, which creates mental health simulations, and the National Center for Veterans Studies at the University of Utah produced the survey and accompanying study.

Roughly three-quarters of respondents said they did not feel adequately prepared to approach student veterans to discuss concerns about mental health issues. And 44 percent said they were not knowledgeable about the challenges facing the student veteran population.

During the last decade, more than one million veterans of the U.S. military have attended college while using their federal education benefits. The new study cites preliminary research that has found that roughly 40 percent of student veterans screen positive for PTSD.

Read the full report at:

Are Faculty and Staff Ready to Support Student Veterans?