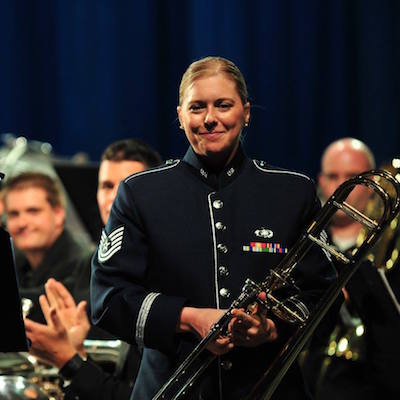 Join us on Sunday, April 7, 2019 in the Leighton Concert Hall for a free performance by the U.S. Air Force Band of Mid-America Concert Band.

The United States Air Force Band of Mid-America Concert Band represents the professionalism and excellence found every day throughout the Air Force. This diverse, 45-piece ensemble’s repertoire ranges from symphonic band masterworks to traditional marches, to modern compositions, to pops and jazz. Whether performing for a head of state, before a capacity crowd in a ten-state touring area, or for our troops at home or abroad, the Concert Band reflects the heritage and pride of our great nation and the United States Air Force.